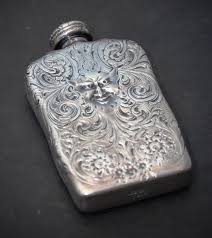 Aristocrats of the middle ages used to carry water flasks inlaid with silver. It was not just because they could afford such extravagance, nor was it merely for show. No – even then, they knew that silver had some sort of medicinal effect on the body.

The following video has the rest of the story:

Dr. Adam Saucedo, in a lengthy interview in 2013, pointed out that many of today’s anti-biotics are becoming less effective against viruses and microbes. He then went on to say:

“The really interesting thing here is that silver, even though it has been around for hundreds of years; there is no evidence that is the case with silver. There has been no resistance shown. There has been no evidence that these infective species are beating or selecting against silver. So silver is as strong as it ever was as an anti-microbial and I think it will become more important in that area – in that function – as time goes on.”

Return to The Secrets

NOTE: These statements have not been evaluated by the Food and Drug Administration. This product is not intended to treat, diagnose, cure or prevent any disease. Please consult your health care provider prior to making any dietary, nutritional, or exercise lifestyle changes. Individual results may vary.

FG XPRESS PowerStrips™ are not intended to treat or cure, but to give your body vital nutrients to support your body’s natural healing ability.

Find Out How To

Discover how to be

a part of this